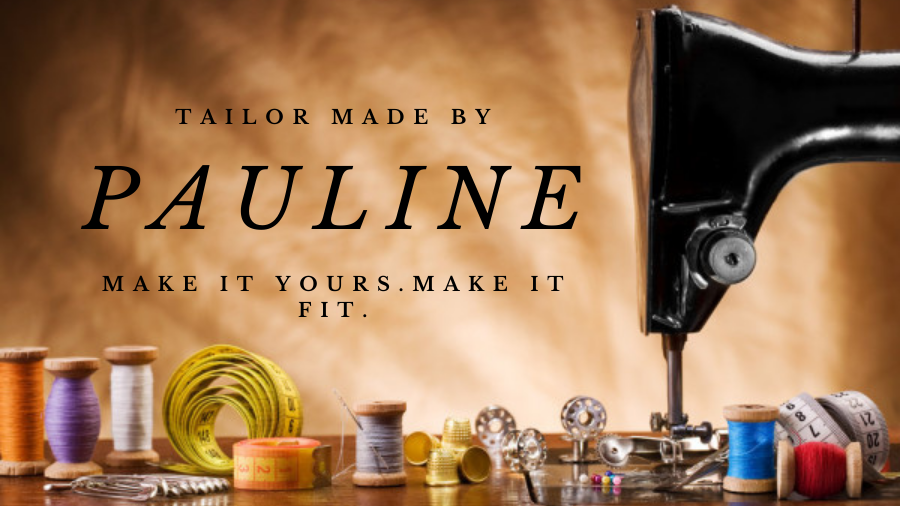 Tamar Brown is the Vice President of marketing and communications at Tailor Made by Pauline, a company that produces custom made clothing as a way to boost their clients’ confidence.

Despite the fact that Tamar works in fashion, her background is actually in education. She initially began working as a high school teacher in Bedstuy, Brooklyn but eventually went on to teach all over New York. As time went on she was able to build her way up through administration to ultimately end up at the University level of teaching. However, living in a house with a seamstress has allowed Tamar to hold fashion close to her heart. Although she never had the privilege to go on and study fashion in college, watching her mother work to the point where she is constantly learning from her is what has let her delve into the world of fashion and what it really means to work with clothing. For this reason, Tamar has decided to help her mother with her business and elevate her talents for others to take part in.

However, working in the world of fashion will not take away from Tamar’s background as an educator as she and her mother hope to be able to administer scholarships on behalf of their business to those who plan to study fashion whether it’s distribution, marketing, manufacturing, etc. Tamar and her mother also hope to be able to bring sewing classes back into high school classrooms in order to provide younger people the option of learning a trade and hopefully taking off with it as she and her mother have.

These aspirations are also influenced by their company vision to want to empower women as women have been historically largely underrepresented. For this reason, Tamar feels as though when women “look the part, they feel the part” and custom made clothing can provide this feeling. With clothing that fits just right, women will no longer have to worry about whether their cleavage is showing or their skirt is too loose and can instead focus on their job and responsibilities.

The process behind creating these clothes consists of a couple of steps. Before getting to measurements, potential clients can either call or email for a consultation. During this free consultation Tamar would take note of what the client’s needs are whether it’s a simple hem or a piece made from scratch. Next comes taking measurements. Due to the COVID outbreak and pandemic, many clients are hesitant to attend fittings in person. Thus, as an alternative, Tamar has prepared goodie bags for clients that allows them to measure themselves at home. These goodie bags are shipped directly to the client and contain little essentials such as measuring tape. From there Tamar and the client would then discuss next steps in regards to fabric, fittings, etc.

Although these steps may seem tedious, Tamar has the discipline and endurance necessary to push through and keep clients happy. In fact, she says “ you have all of these doubts but you just have to endure and you just have to be disciplined and stick with the process.” She even related this back to her teaching experience and used children in a classroom as an example. Tamar explained, “you’ve got an end of year exam that kids have to take and  in the beginning of the year when you see that they’re all not doing as well  and they’re not prepared for that end of year exam you  can’t just say ‘oh my this is over you guys are gonna fail I’m gonna give up on this’, no it’s day by day where we have to work at this we have to get better and it may mean giving one student more of my attention or giving them extra assignments to get better but whatever it is we’ve got to analyze what’s going on and then troubleshoot it.” This lesson is one that she actually learned at the Tech Incubator. Tamar recalls the way in which Ying Zhou at the Tech Incubator was able to teach her to test everything, “anything that comes to your mind, test it and if it doesn’t work out it doesn’t work out, it doesn’t mean you have to stick with it and do it over and over again until it does but just test it.” This is the mindset that Tamar has ultimately chosen to take on as she navigates running a business with her mother. Although it may not always be easy, she notes that she appreciates being able to express her emotions and frustrations, an option that would have otherwise not been offered at a corporate-like job where relationships between a boss and their employees must always be completely professional.

However, having this amazing relationship does not stop Tamar and her mother from experiencing failures. In fact, one of the biggest obstacles that she has yet to overcome is obtaining fabric quickly enough for her clients. This is especially difficult due to the fact that when purchasing fabric it is most likely for a custom order meaning that the fabric may or may not already be available from the business. If not available and if the client requests a specific color or texture, finding the fabric is made much more difficult.

Nevertheless, Tamar continues to learn new lessons everyday under the guidance of Ying Zhou here at the Tech Incubator. When she first began the course in January she did not expect to have the ability of taking an idea and turning it into a business in such a short amount of time. But, as Tamar states, “whatever [Ying] promised, she delivered.”  Ying even told her students that they are each “expected to make a sale by the last day of class”, which Tamar says is exactly what they did. In fact, Tamar notes that she and her peers ended making more than just one sale by the end of class. However, this could not have been done without Ying and the various resources and connections that she does not hesitate to share or offer. Tamar even notes that “there’s a plethora of things that Ying [puts forward]”, mainly opportunities to network which is what has allowed her to create this business with her mother where they can call themselves Tailor-Made by Pauline.

For fellow new business owners she advises to not “get discouraged by the big brands you see.” These brands, such as Nike, have built such an empire to the point where they are easily recognizable by the public. For those who may have been in her shoes before or felt this discouragement, Tamar says, “just keep watching and building and figure out what it is that makes you unique” as that is how you will discover true success.

Connect with Tamar through: