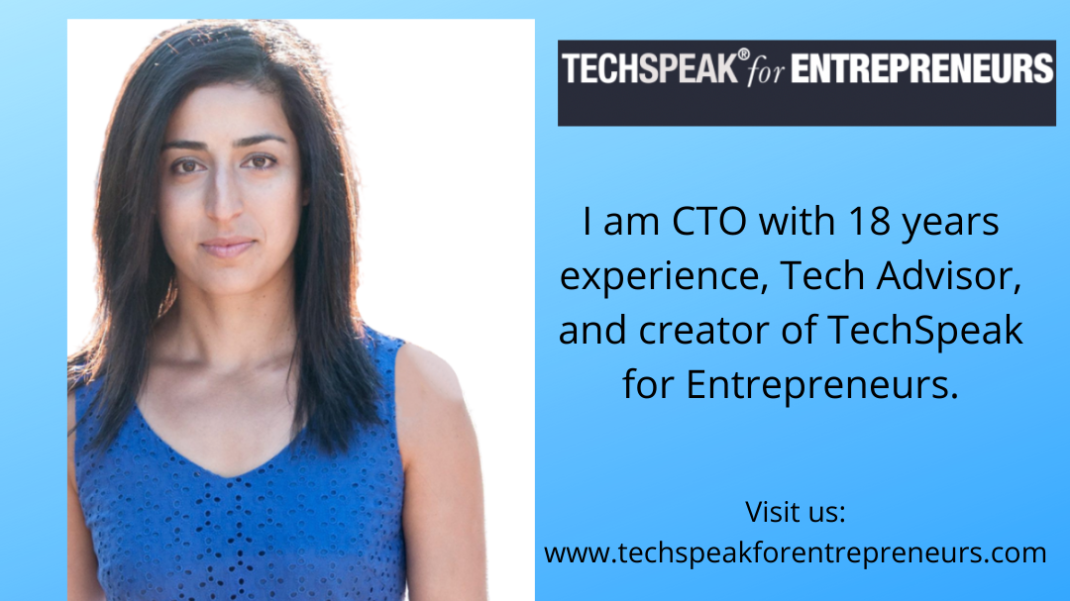 Nelly Yusupova seasoned CTO and lover of all things technology, created her small business
TechSpeak as a way to teach entrepreneurs around the world how to manage technical teams and
projects. Nelly mainly works with non-technical entrepreneurs who do not share the same skill
set as her such as knowing how to code, a skill she developed while pursuing her degree in
Computer Science at Queens College.

When Nelly first began dabbling in this field of work, she actually never intended on teaching
entrepreneurs. However, as her role evolved, she began to teach entrepreneurs worldwide. These
entrepreneurs would gather after meetings and speak to Nelly about their large financial losses
that were mostly due to their own developers. In order to fix this ongoing issue, Nelly thought it
would be helpful to teach them how to essentially communicate with their developers in order to
detect red flags, all while following the great advice she had to offer given her years of
experience within the field, and so began TechSpeak.

TechSpeak first began as an in-person boot camp with entrepreneurs traveling from all over the
world to take part in a weekend-long event. More recently however, this company switched to an
online platform which allows for many more people to benefit from the tips and tricks Nelly has
to offer. In fact, the way in which the program works is through free presentations and webinars
held by Nelly. In addition to these presentations and webinars, Nelly also works in consulting
others.

Nevertheless, when asked what she attributes her success to, she simply said “Never fear what
you don’t know”. As a first-generation immigrant who first came to the United States at the shy
age of 13, everything was “new and scary”. However, both Nelly and her family knew that as
immigrants, failure was not an option. In fact, according to Nelly, she was given opportunities
throughout her career and accepted them even when she was unsure because she knew she would
be able to learn. Having this mindset is what then allowed her to be presented with a position as
CTO in her 20s. By having this position, she was able to learn so many new things, so many new
ideas, which she now shares with others through her small business.

Now, Nelly has an abundance of advice to share with the world. Even on her instagram she
shared a quote by Jeff Bezos, CEO of Amazon, stating “If you can’t feed your team with two
pizzas, it’s too large”. When asked what this quote meant Nelly explained that two pizzas is the
ideal amount of pizza you should be feeding your team as your team should be smaller rather
than larger. Nelly reflected on the fact that through experience she has learned that “more people
require more coordination and more management”. Therefore, managing a larger team will slow
you down much more.

In general however, Nelly advises those starting out to “figure out how you can create something
of need instead of skipping ahead” so that “before you spend money, energy, and time, you will
know that someone wants it”.