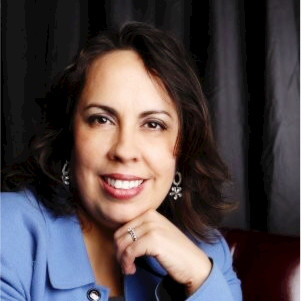 Melinda Reyes is the President and founder of Premier Merchant Consulting Services (PMCS). PMCS provides payment processing solutions to businesses of all sizes. As a consulting boutique, PMCS has partnered with some of the biggest processors and providers of various types of hardware and software. By doing so, PMCS can help a business choose from many forms of payments and services. These services include loyalty programs and gift cards, which enable businesses to boost revenue. During the pandemic, Melinda served her clients’ immediate needs by assisting with the SBA EIDL and PPP loan applications. Through a strong network of providers, PMCS is a great resource for referrals to serve her clients’ needs, such as accounting, legal representation, web design, signage, printing, and alternative funding.

Melinda is ultimately able to become a powerful resource by her versatile experience in different careers and positions before starting her own business. After graduating from Cornell University, where she studied Marketing and Communications, she easily landed her first full time position at a well-known advertising agency in Manhattan as a Media Planner. After doing so for some time, she transitioned to sell advertising. And later worked in marketing departments for several big recording labels, such as Island Records and Epic Records (part of giant Sony Music). A short two years as a legal assistant, then led to working for The Rodd Group, a small advertising agency, specializing in the Hispanic Market.  She took on several roles, as Media Director, Account Executive and Accounting Manager.

When the economy took a downturn in 2007-2008, Melinda Reyes, set out to change her career once again and took a sales position with First Data, a worldwide leader in payment processing. She stayed with the company for 6 years, working in the Citibank Alliance, before venturing out to be independent. She credits First Data (now known as FiServ) as her “bootcamp training on this type of business.” By starting an independent business, she is ultimately able to provide other businesses with more options as opposed to “being employed by only one company and only being able to sell what they provide.” Her knowledge on not only running a business, but specific businesses themselves, is what makes business owners turn to her for assistance.

Despite her experience, however, there were several people that also helped Melinda along the way. Of these people there was her boss and mentor, Rodd Rodriguez, who she worked alongside for five years.  He taught her what it meant to have multiple streams of income. This ultimately inspired her to pursue entrepreneurship. After hiring Melinda to work at his small advertising agency, Rodd recognized her abilities and gave her four or five different titles, so Melinda played several different roles for the agency. As a result, Melinda was able to “think big, using multiple talents, and expand your capabilities.”

Having this mindset combined with a sense of creative thinking is what has allowed Melinda to experience the success she is experiencing today. She believes that determination, perseverance, faith, and belief in yourself and your capabilities is what will help you skyrocket to success. She even says, “I’ve had lots of people turn me down, shut doors, rejection letters after rejection letters. But those are the things that made me determined to not want to be employed by anybody anymore. How can I do this and make everything work for me to my benefit and still enjoy what I do?” Finding the answers ultimately leads to creative thinking which can bring an abundance of success.

Tough experiences can lead to revelations. Melinda’s first sales position lasted less than a year. Although she was upset at the time, the experience taught her a lesson on perseverance and what it means to really push through. It also taught her that life is not always easy, and things don’t always work out as well as you thought they would. She says, “Everything was rocking and rolling, doors were opening for me, and then suddenly this happened and then I had to figure out what I wanted to do, take that experience, and learn from it. I learned that failure is only a failure if you don’t get back up.”

Now, although she is an entrepreneur, she sees her career as being based in sales. Melinda says, “Yes, I’m an entrepreneur and I have my own business, but my career really has been in sales because what I need to do to make the revenue happen is to sell myself, sell the products and services that I offer, sell the products and services of the different processing companies, and the different technology and the different features and the benefits.” To Melinda, it all relates back to sales.

Recently, with the help of Executive Director Ying Zhou at the Tech Incubator at Queens College (TOQC), Melinda completed the Verizon Mentoring Program cohort for digital marketing. This helped to expand her digital knowledge. With the help of TIQC, Melinda was able to secure an intern to help her with Canva, a service useful for designing digital flyers, posts, etc. She says, “You can’t do it all yourself sometimes, but it’s important to look at the people who have the expertise that you don’t and connect with them. I believe in new technology and never allowing your business to become irrelevant.”

Connect With Melinda Through: