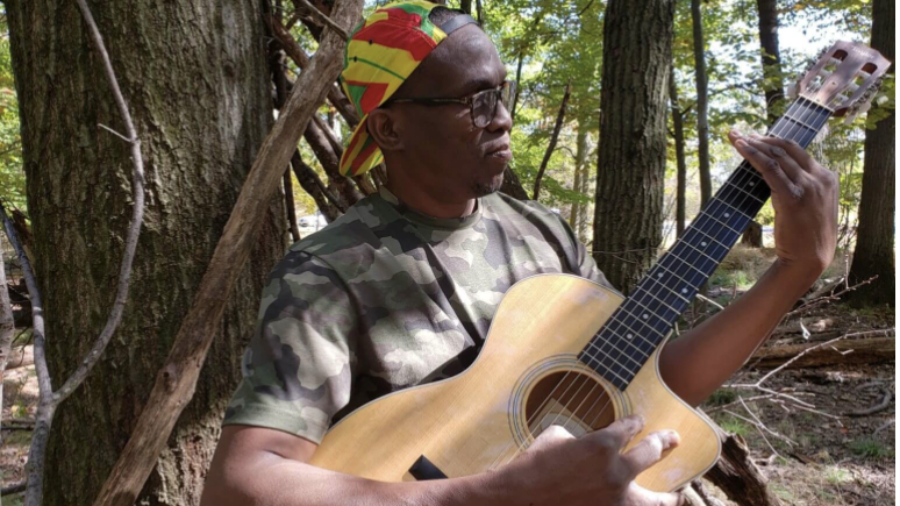 Desmond the Songwriter was born and raised in Kingston, Jamaica. He began his singing career at the shy age of 8 when he started singing in his local church’s choir. As soon as Desmond revealed his immense amount of talent, prominent gospel acts throughout the city asked Desmond to open for them. This was the start of his professional career as a musician as shortly after he began touring around Jamaica and North America..

Through his music Desmond hopes to inspire and uplift others. This desire to essentially spread positivity is not surprising given that his career began in a church where the public typically comes together to rejoice and uplift. Nevertheless, he hopes that “regardless of what the song is about [that] there’s some uplifting message in the music….It’s there for entertainment, but it’s more than entertainment it’s to provide inspiration and upliftment.”

Knowing that this is the purpose of his music, one of Desmond’s favorite moments while performing comes from the reaction he receives from the audience when performing certain songs or singing certain lyrics. Desmond says, “some people laugh, every time you get to a certain line in a song people laugh….[or] everybody has a favorite line in the song so when people hear their favorite song in the set they jump up and they dance.”

In order to produce these lyrics and songs, Desmond looks for inspiration in his life and the world around him. He is also inspired by artists such as Bob Marley and Jimmy Cliff as well as Toots Hibbert, who he happens to know personally. As a child Desmond used to sing in his church’s choir with Toots’ daughter Leba. Nonetheless, Desmond does listen to and draws inspiration from more current artists as well such as Koffee, Sevana, and Queen Ifrica, all of which are female artists.

Regardless of any amount of inspiration that Desmond gets from other artists, however, he has his own attributes as well that contribute greatly to his own success, one of which is discipline. With any skill it generally takes a long time to develop, and “with music [it takes time to] be able to sing well, to play instruments, to write songs, ….”, etc. Ultimately, Desmond says “it takes a lot of discipline to get up every day and practice even if you don’t reap the reward immediately because the skill is developed over time.” In addition to this sense of discipline, Desmond has also been able to develop a growth mindset where he is always trying to figure out ways in which he can improve in whatever it is he chooses to take part in. As a multi-talented individual this not only pertains to music but can do with his ability to play table tennis and tennis as well. Desmond even says “excellence is a habit, just trying to, with anything you do, to do it well.” Having these qualities and mindsets is what has allowed Desmond to see himself grow as an artist and as a person to the point where he becomes a better version of himself every day.

Unfortunately, despite having such a great mentality, failures and setbacks are bound to happen. Fortunately for Desmond, however, he sees these setbacks or failures as challenges to overcome and as learning opportunities to grow from. Something that has presented itself as a challenge to Desmond, for instance, has been having patience. He says that it is often difficult to accept that others may not think the same way he does or have the same work ethic which may make completing projects more difficult or time-consuming than necessary. But, Desmond always finds a way to get through and improve.

One of the most recent ways in which Desmond has been trying to improve has been by participating in the Tech Incubator’s Verizon Mentorship Program. Through this program he has been able to develop an extended relationship with Ying Zhou, executive director at the Tech Incubator. Desmond describes this relationship as life-changing as it has exposed him to many different things that have ultimately allowed him to increase his productivity. In the end, Desmond says he is really glad he got involved.

But, despite working steadily toward improving his music career, Desmond has a long list of alternatives he could see himself doing as well, all of which connect with either music or business, his expertise. This includes operating a music store, investing in property,, teaching music, and  training choirs, all of which he has previously taken part in or is more than equipped to do, given his talent and experience.

However, this experience could not save him from dealing with the immense setback that was the COVID-19 pandemic. Due to the fact that live performances were no longer allowed in the public among large groups of people, Desmond took to social media to continue promoting his music and keeping his fans happy. He even took dance classes to be able to up the entertainment factor now that his fans could no longer see or feel his music in person. Now he goes live on Facebook and Instagram every Saturday night at 8 PM.

Despite having such a successful career, if Desmond could go back and give his younger self advice, he would tell him to follow his heart. In his own words, “whatever you have in your heart to do, as long as you think it’s the right thing to do, even if it doesn’t appear to be popular at the time, it doesn’t appear to be what society or the  people around you think you should do, whatever is in your heart you should follow our heart.” Desmond would give this advice to his younger self as well as others because he was initially discouraged from pursuing a career in music. Although he was sure that it was what he wanted to do for the rest of his life, he says  “a lot of people have this notion that music is not a real career.” Desmond ultimately has no regrets but he does see how different his life would have been, in a positive way, had he chosen to pursue music full-time from the start.

Speaking of music, Desmond is currently promoting an album. Some of his favorite tracks from the album are “Happiness is Priceless”, “Rise Up”, and “Laugh About It”, among many others.

Connect with Desmond through: