Dawn Kelly is the founder and owner of The Nourish Spot, a local juice, smoothie, and salad bar. However before getting into the food industry, Dawn worked as a senior public relations and marketing executive at a major financial services firm. Then after her job was eliminated at Prudential Financial, she found herself on a health journey that led her to open up her own small business full of healthy food options.

When she first opened her business in 2017, Dawn’s team consisted of herself and her two children. The three would go on daily hunts for the freshest fruits and vegetables they could find for their customers. However, after her business began picking up momentum she needed the extra help and decided to hire some staff. Her  daughter, Jade, who is a culinary graduate of Johnson and Wales also reached out to local nonprofits in order to partner with them and “have The Nourish Spot serve as a culinary and hospitality internship training ground.” This allowed for even more help as high school students jumped to the opportunity. The students are initially paid by the organizations that allowed them to work there, but if they show an incredible amount of interest as well as dedication, they are offered a position by Dawn. In fact, some of those part of her staff started out as high school juniors or seniors and are currently college freshman and sophmores. The staff ultimately helps process all of the fruits and vegetables that are going to be used.

This process is especially important to Dawn as she grew up on the mantra, “you are what you consume.” She still follows this same mantra within her business as she even refers to customers as ‘nourishers’. However, she notes that this does not only apply to foods and drinks, but also media such as what we read or listen to. For this reason she also saw the COVID-19 pandemic and outbreak as a great opportunity for increased amounts of people to begin consuming a healthy diet all around.

In addition to the influence of her family growing up, Dawn has also been influenced by Miko Branch, the founder and owner of the haircare brand Miss Jessie’s. After reading her book, Dawn felt empowered enough to start her own business and be successful in doing so. She is also inspired by her own ancestors who she has recently felt much more connected to given the racial tension occurring throughout America this past year. She even says, “if it weren’t for the blood, sweat, and tears of my ancestors, this would not be happening.”

However, Dawn does carry her own attributes that have contributed greatly to her business, one of them being her persistence. Although she is generally a very optimistic person, having to experience the anxiety surrounding whether or not her business was going to succeed during the COVID-19 pandemic and outbreak challenged that extremely. Nevertheless, she remained determined as she believed her business would pull through. Now she mentors others on their small business through the New York City Small Business Services across all five boroughs. She not only offers advice to other entrepreneurs, but also to younger people as well as a host of mentees that she still knows from her days in corporate America. 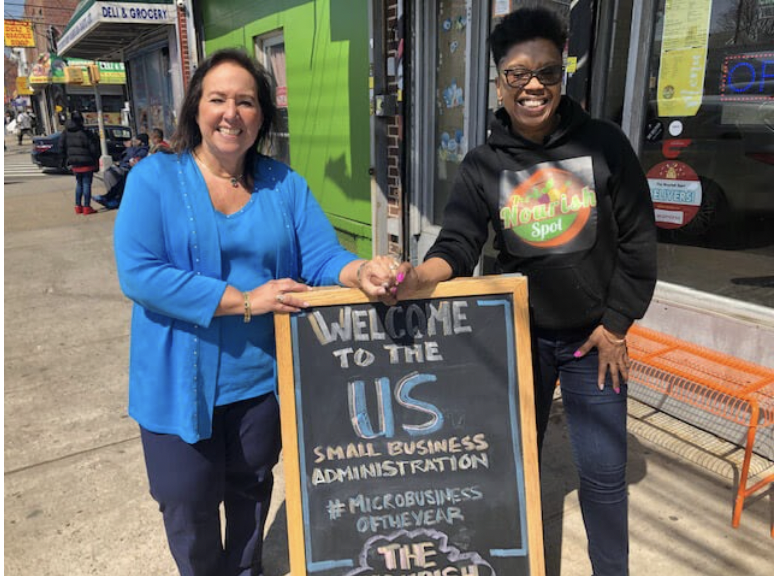 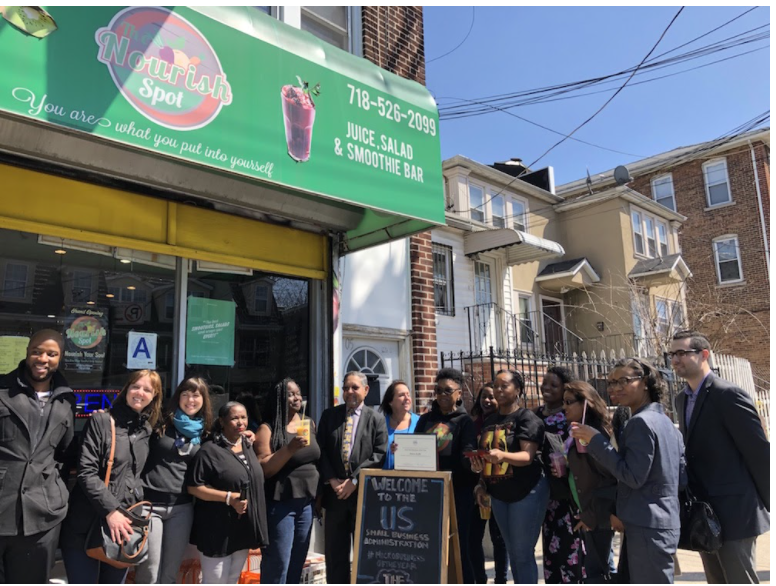 This success did not come easy. Although Dawn does not consider herself to have had any failures, she does see past setbacks as learning opportunities. One of the biggest learning opportunities that she has had has been learning how to correctly operate her business after coming into it straight out of corporate America. One of the ways in which she has been able to do this has been through the help she has received from the Tech Incubator. Through the Tech Incubator, as well as QEDC, and Streetwise MBA, Dawn has been given “the tools, the skills, and the knowledge of the actual verbiage of an entrepreneur.” She also still keeps in contact with her fellow peers from her classes at the Tech Incubator in order to share ideas or resources with them that they may need and vice versa. She says, “I make sure that I stay attached to my other classmates so that we could share information because entrepreneurship can be very lonely and it’s great to build a family of entrepreneurs that you can learn on, talk to, shrew with to motivate you and keep you going when days get challenging and hectic.” Of this family she has built from the Tech Incubator, she includes Ying Zhou and Ariba Razzak, both very influential in her overall learning and success.

One of her successes has recently been The Nourish Spot being named Micro Business of the year in the New York district in 2019.

Connect with Dawn through: