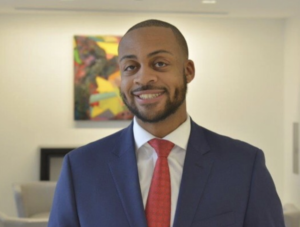 Alex Muir, director of The Minuet Group works alongside student intern Meher A., one of the five interns from his partnership with the Boys & Girls Club, in assisting organizations with providing the proper guidance to successfully run their businesses.

Muir is a Cornell University alum, one of the top institutions in Human Resources and Business Management. He has also worked for KPMG International and Ernst and Young, “as a management consultant focused on HR and business management mainly for banks and insurance companies.”

This experience ties in well with his current company The Minuet Group which specifically focuses on HR advisory business management. They are currently working on developing a new software that they will refer to as the WOW! NETWORK, that “tells you the diversity and inclusion of your professional network, provides you with a recommendation of your most meaningful relationships, like your mentor or your mentees, and [includes] a calendar feature to make sure those are on your calendar and hold you accountable.” Muir’s work however, would not be possible without the help of his student intern Meher.

Although Meher initially found no interest in the internship, he soon realized the various opportunities that pursuing such an internship and career path could offer. He even says that taking on this internship has given him the experience and skill necessary to succeed in the future.

This change in mindset and ultimately behavior, perfectly aligns with the company’s mission and mantra to further develop the concept of behavioral change management. Muir says, “HR is dealing with the world of people or businesses dealing with the world of people. A lot of that is getting people to change behaviors. That requires a structured process to get people to do that right?” One of the processes he refers to is The Three P’s, “the people that you have in place to lead that change. The processes that you have in place or individuals to follow or work for us to follow. And the product…. a technological product that people are going to use to make that change.”

Aside from his own expertise, Muir also has his own influences that have shaped him into becoming the entrepreneur he is today. These inspirations include Percy Miller, better known as Master P and Vinod Khosla from Khosla Ventures. He was first inspired by Master P in junior high school to start a candy selling business. This inspiration  mainly stemmed from Master P’s success in selling over 100 million records as the founder of No Limit Records. As for Vinod Khosla, he is a more recent inspiration who has succeeded in creating Sun Microsystems. According to Muir, “he’s a person who believes in doing things of consequence, ideas or businesses that are going to make a really big impact.” Muir still frequently finds himself going back to his videos for even more inspiration.

Nonetheless, this inspiration does not diminish Muir’s own qualities that have assisted him with running a successful business. When reflecting on himself, he finds that he is persistent and carries a good habit of following up with clients. He says, “ You have to be prepared for the persistence that it takes sometimes to get someone to listen to something that they probably want, but they’re just busy.”

However, even with so much positivity surrounding Muir, this is not to mean that failure is inevitable. As a business owner, Muir has had his fair share of obstacles and disappointments.

Regardless, however, Muir maintains a positive outlook. He even looks back to the time that he didn’t make his high school basketball team despite the fact that he was 6 feet tall. Fortunately, a professional basketball coach recognized his work ethic and was willing to work with him and train him. Muir says, “What I learned from this is that if you’re trying something, somebody’s going to come along and eventually say, hey, I recognize what you’re trying to do. Let me help you along the way.” But, the contrary is also possible as Muir states, “there are definitely times where I’ve gone out of my way for meetings, and think I got this person’s attention, I’m going to come in person, I’m going to fly there, they’re going to see me, they’re really going to be impressed by all this work. Then you realize no, you came out there and they didn’t have the meeting. They were too busy for you that day and those are some failures too.”

Muir has also been able to get help from the Tech Incubator at Queens College through the assistance of Ying Zhou, Executive Director. He received his first opportunity while attending one of her meetings. He was allowed to present as someone else was unable to. The audience was receptive to the idea simply because he had his presentation ready to go. After presenting on his HR software the WOW! NETWORK Ying immediately got to work on finding him the necessary resources for him to further his business and succeed. She referred him to different HR professionals and different entrepreneurial opportunities for funding that she’s aware of. For this, he refers to her as the ultimate resource.

When asked if he would ever expand his business or even pursue a different field as a whole, Muir responded by sharing his long term goals. He says, “ My goal is by 2030 to be able to exit or sell a $1B HR tech company and by 2040 to have a venture capital firm focused on HR with $500 million in capital.”

Connect with The Minuet Group through: