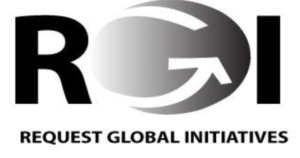 Russell Targove is the CEO and President of Request Global Initiatives, LLC. Before he started his own business, he had several hobbies he enjoyed taking part in. Of these hobbies he especially enjoyed singing. He often even found himself cutting class to sing in the hallways. Russell was ultimately able to start up a doo-wop group while in high school and raise about $50,000.

The more Russell became involved in music, the more he developed a passion for it. In fact, he felt this passion so deeply, that he decided to pursue a music career. He notes that the longevity in regards to being able to sing for years on end without age restrictions, is what really enticed him. However, as he pursued this music career, he soon realized how much more he would rather pursue starting up his own entertainment company. Russell says, “For me, I went in that direction and I saw that to be a DJ, to be a karaoke host, was very fascinating because while they liked my style of the way I sing and my personality, they also like to hear their favorite songs. So, I always try to make sure that my customers feel that they are happy and they get what they are looking for.”

Russell is now a successful business owner based in Queens, New York. For about 24 years he held the longest running karaoke show in New York City in which at least 200 people would attend every Friday night. Through this he was able to meet various different types of people especially considering how notoriously diverse Queens is known to be. For this reason, the mission statement of his company surrounds the idea of taking care of the families that he has come to know. He even recalls a time when he was the DJ for a close friend’s backyard party. At the party his friend’s daughter, who was eight years old at the time said that when she gets married she would love for Russell to be her DJ. Around 24 years later, he gets a call from the same friend asking to DJ for his daughter’s wedding as she had requested him. Beautiful moments such as these are what inspired Russell to start up his company Request Global Initiatives, as a way to pull together and get through tough times while remaining connected in any way possible.

This sense of family and community stems from Russell’s own immediate family who he says were very melodic growing up. Russell grew up going to family parties where he was urged to sing by his family members starting at the young age of 6. He soon learned what it meant to have enough charisma to keep a group of people entertained. Part of having this charisma also meant having the crowd engage as much as possible. Russell says, “I didn’t like to be forced, but then you realize if you do it in a nice way, you can kind of coach someone and it’s better to say, come on, I’ll do it with you. If I wanted you to sing a song with me, you’d say, ‘Oh no, I can’t sing,’ but maybe we sing it together, or maybe you sing it with a friend.”

In addition to being charismatic Russell is also very caring, compassionate, and understanding. When he is working with his customers, he is sure to watch out for what their budget may be or what they can really afford. He is especially considerate of these circumstances because of where he is based and the various different groups of people that he interacts with on a daily basis. Queens, New York is full of so many different people, not only regarding different ethnicities, but also different economic statuses. But, adjusting the price to fit the customer’s budget is not an inconvenience for Russell as he notes that sometimes you get a lot more out of working in this way than what you initially would have if not. He says, “you do have to realize also when you try to help people, you have to work within their means and their budgets, and you wind up getting maybe 100 times what you put into it. One time I did a wedding for 650 people and I wound up from that one wedding doing all of the bridal party’s weddings. Every single person in the bridal party had a wedding as well. I got 10 weddings from the one wedding that I did.” For this reason, a lot of Russell’s clientele end up becoming his close friends or what he considers to be his extended family.

This dedication and drive has ultimately left Russell sacrificing his personal life to fulfill his career. Although he loves what he does, after so many years of working on his entertainment company and dedicating as much time to it as he can, he is starting to realize that he has never set time apart for himself. While it is important to be there for others and contribute to your community, it is also important to set aside the same time and dedication for yourself and your personal life as well as your personal goals. Doing what he loves has ultimately caused Russell to miss out on important family events or holidays. For this reason, Russell has turned to the Tech Incubator at Queens College, to develop better footing.

Working closely with the Tech Incubator’s Executive Director, Ying Zhou, in the Verizon Mentorship Program, Russell has been able to be provided with the resources he needs to not only keep his business running efficiently, but to also be able to branch out and expand. Over the last 25 years, Russell has been working closely with the Senior community in Queens. Before the pandemic hit he held various events for seniors in partnership with one of the organizations he works with, HANAC, which is based in College Point and Astoria. Now that some of the previous pandemic regulations have eased up, he was asked to return and continue his work there which consisted of a densercise program. In order to get the seniors to interact with the program on their own seeing as how they have difficulty with technology, Russell has partnered with the company Speak Two so that the seniors may get Alexa enabled devices making it much easier for them to log on. This is one of many initiatives that Ying Zhou, along with those at the tech Incubator, have helped Russell work on.

Overall, through his partnership with the tech Incubator, Russell hopes to be able to expand in his career. Although he has been in the business for over two decades, there is still so much to learn here at the Tech Incubator.

Connect with Russell through: